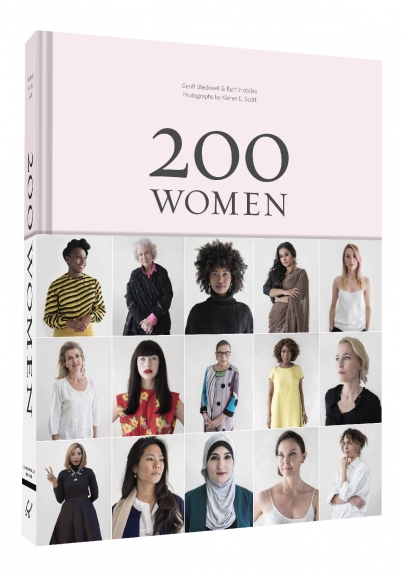 Two hundred women from a variety of backgrounds are asked the same five questions. From well-known activists, artists, and innovators to everyday women whose lives are no less exceptional for that, each woman shares her unique replies to questions like "What really matters to you?" and "What would you change in the world if you could?" Interviewees include conservation and animal welfare activist Jane Goodall, actor and human rights advocate Alfre Woodard, along with those who are making a difference behind the scenes around the world, such as Marion Wright Edelman, head of the Children's Defense Fund.

With responses ranging from uplifting to heartbreaking, these women offer gifts of empowerment and strength—inviting us to bring positive change at a time when so many are fighting for basic freedom and equality. 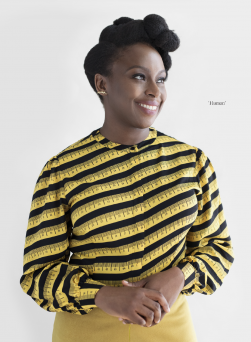 Chimamanda Ngozi Adichie was born in Enugu, Nigeria. A graduate of Eastern Connecticut State University, Johns Hopkins University and Yale University in the United States, Adichie is an award-winning writer whose work has been translated into thirty languages. Her novels include Purple Hibiscus, which won the 2004 Hurston/Wright Legacy Award and the 2005 Commonwealth Writers’ Prize; Half of a Yellow Sun, which won the 2007 Orange Broadband Prize for Fiction; and Americanah, which was among The New York Times ten best books of 2013. Adichie was awarded a MacArthur Foundation fellowship in 2008.

Q. What really matters to you?

A friend of mine once told me that everything I care about, I care about passionately; I don’t think it was necessarily a compliment!

At the risk of sounding like a beauty-pageant contestant, I care about justice. I believe that my purpose is to be a storyteller and, because of this, I believe that I feel things in a very particular way – certainly far more intensely than other members of my family. When I see that which is unjust, my reaction is strong, and what I feel inspires what I write.

I grew up in the shadow of the Biafran War. I didn’t experience it, but my parents did; both my grandfathers died in the war. Despite no one wanting to talk about it, the war was very present, and I was the child who asked endless questions – every family has that one child. I wanted to understand the story of who we were and how we came to be in that situation of conflict.

I’m often asked whether anything specific occurred in my past to make me into this fierce feminist, but there was nothing seminal; I just see myself as having been a child who always wanted to understand. As a storyteller and a person who creates, I have always felt slightly removed from my world; I have always felt that I am watching everything and am never entirely present. That has given me the ability to notice; very early on in my life I noticed that the world is very unfair to girls and women. I wanted to understand the justification, but I’ve never found one. I suppose that, in wanting to understand why certain things were a certain way, I wanted things that were bad to be better – that’s still something I want. As a little girl, I always questioned being told, ‘Oh, our culture forbids that.’ I saw the unfairness even in small things; I was told that I couldn’t go to the local masquerades at night, because only boys could do that. That’s when I realized how important it was to be an individual, because allowing people to be individuals and judging people as individuals is a way to combat gender expectations.

I left home when I was nineteen to go to college in the United States, which was a decision that changed the trajectory of my life. My parents are relatively progressive people, and I had been protected from a lot, so it was at university that I did my growing up: the culture I grew up in was outward looking and cosmopolitan, but also very traditionally Igbo.

Class is something that has become prominent in my life, because, unlike these other two categories to which I belong, it’s a category in which I actually experience privilege – and it’s made me understand how complicated privilege is. There is a certain level of access I have that I haven’t really earned, but which I benefit from rather happily. This makes my determination that we get rid of unearned privilege even stronger. Here in America, for example, it is impossible to talk about race without talking about class, because there is a very strong sense that race is class. And I can’t talk about gender without referencing race and class, because the gender pay gap is also an issue of class.

My writing matters to me. It’s hard for me to talk about who inspires me or who influences me because, on the one hand, the writer in me is reluctant to know the answer – I want my influences to be unconscious, otherwise I may feel like I am copying someone. On the other hand, though, I just don’t have an answer – everything I’ve read up to this point must have influenced me: the history of the Catholic church, the rule of the Nazis, Enid Blyton . . .

Kieran Scott is a photographer whose work has appeared in magazines, books, and campaigns. He is based in New Zealand.

Ruth Hobday and Geoff Blackwell are the creative team behind such bestselling projects as Nelson Mandela's Conversations with Myself. Worldwide travelers, they are based in New Zealand.

Marianne Lassandro, based in France, has edited bestselling photography books, including works by Avedon and Annie Leibovitz.